The world is urbanizing rapidly

The great phenomenon today, as in the first century church, is that God more than ever is choreographing nations into our neighborhoods. Three million people move to cities every week. Cities are where the most numbers of the next generation of young people, the most unreached peoples who have migrated, the culture shapers, and the poorest of the poor all live together. There are a number of economic, social, racial and political barriers that plague our cities, and yet the church is quickly losing its urban relevancy.

Movement Day, which serves as the Lausanne Movement issue network on Cities, works to forge a global alliance of leaders committed to spiritually and socially impacting their cities. We believe that through rigorous research, uniting in prayer and local leadership, building a global community that shares best practices, and powerful collaboration between diverse sectors, we can impact our cities through helping emerging urban gospel movements for the up building of God’s kingdom.

We long to see the gospel embodied and embedded in all cultures, redeeming them from within so that they may display the glory of God and the radiant fullness of Christ. We look forward to the wealth, glory and splendour of all cultures being brought into the city of God – redeemed and purged of all sin, enriching the new creation. The Cape Town Commitment I-7-B

Learn about the topic. Towards the Transformation of Our Cities/Regions (LOP 37) Get the Movement Day App How Do You Reach Cities? – Tim Keller Commitment to the City 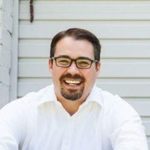