Mission among Indigenous Groups in Brazil

This article analyzes trends and challenges in mission among the indigenous groups in Brazil. Understanding their reality is crucial for any reflection or action. The picture of an exotic painted hunter in the Amazon forest – often used as a symbol of their identity – does not express the web of connections and differentiations of groups, cultural patterns, languages, and tendencies in their world. There are lessons here for the global church and missionary movement, especially the need for better understanding and unity to meet today’s challenges.

There are 228 recognized indigenous groups in Brazil. However, the picture is quite complex:

The growth of the total population has been significant: from 294,000 in 1990 to almost 900,000 in 2010. The impact of the so-called emergent groups recently recognized as indigenous is responsible for more than 70% of the growth.

Of the overall indigenous population, 52% live in traditional villages and 48% in urbanized or urbanizing areas:

According to the National Indian Foundation (FUNAI), there are 611 indigenous reservations already recognized, or in process of recognition, and they cover 13% of the total land in Brazil and 21% of the land in the greater Amazonian region.

An ethnic survey analysis uses a variety of filters to paint a more comprehensive picture. One of these filters is the existence of groups that are still isolated – ethnic groups that live in remote areas with little or no contact with other indigenous or non-indigenous people. There are 27 groups listed in this category, but a truer estimate would be as many as 52.

There are also various ethnic groups treated as a bloc, which in fact comprise different groups with distinct sociocultural and linguistic identities:

Finally, there are 41 emergent groups, which through intermarriage with non-indigenous people (and other factors of dispersion), had lost their ethnic self-identification for a period of time. For various reasons these groups have once again claimed recognition as indigenous communities. These are the most ‘acculturated’ groups.

Adding together known ethnic groups (228), isolated communities (27), partially isolated groups (10), possibly extinct groups (9), emergent groups (41), and groups yet to be studied (25), suggests there may be a total of 340 indigenous groups in Brazil.

Some 37 of these ethnic groups are in danger of extinction due to the size of their population (fewer than 35 people), unfavorable socio-environmental conditions, limited access to health care, conflicts, and dispersion.

There are 181 indigenous languages in Brazil. According to Moore (2006):

The German researcher Michael Krauss (1992) estimated that 27% of South American languages are no longer learned by children – and there is no reason to think this has changed in the last 20 years. It is estimated that, during the period of Portuguese colonization, some 1,273 indigenous languages were spoken in what is now Brazil. That means the country has lost 85% of its linguistic diversity over the last 500 years.

Missionary work and the indigenous church

There is a local evangelical church among 150 ethnic groups, which is a great encouragement for the missionary movement. However, 99 of these churches have no indigenous leadership.

Something new is happening in the indigenous church in Brazil. The Lord is raising up key indigenous leaders to bring people together with the desire to seek the Lord for renewal. Many meetings attract 1,000 or more indigenous Christians in a growing movement throughout Brazil and even some neighboring countries.

The indigenous church in Brazil is growing fast and in totally new areas and groups. However, there are a limited number of mature indigenous leaders and only a few initiatives with a focus on leadership training.

There are currently programs of linguistic analysis and literacy as a result of evangelical initiatives in 54 different languages, of which 31 also have a Bible translation program. At present, 58 languages have a complete Bible, New Testament, and/or biblical portions in their mother tongue, serving a total of 66 ethnic groups.

Ten languages clearly need a Bible translation, 28 need a special translation project probably based on orality, while 31 remain undefined – yet to be evaluated. These 31 languages are spoken by 59 ethnic groups.

The languages requiring translation projects and those requiring a special project based on orality show very little potential for understanding of the gospel in any other language, through any other means of communication or via any neighboring groups.

With an intentional and positive investment in the existing indigenous church, a good number of these 500 missionaries may come from them. However, they need to be trained cross-culturally, as most of them may experience the same barriers as non-Indians to living and communicating with other groups.

The 99 ethnic groups with an evangelical church but no indigenous leadership highlight this challenge. One obvious conclusion is that it is necessary to invest heavily and intentionally in the training of evangelical indigenous leaders to strengthen the existing church, reach the unreached, and avoid future syncretism.

Translation and Scripture use

The challenge in this area comes from the 10 languages in need of a classic Bible translation, the 28 needing a special project based on orality and the 54 ongoing translation projects. It is imperative for the church to support those already in hand and not only invest in new initiatives.

There is also a challenge to use the Scripture, as well as to have it:

There is a need for better integration between Bible translation, church planting, and leadership training.

It is time to partner with the indigenous church in Brazil, working together to reach the unreached, translate the Bible into all languages, and see leaders being trained. AMTB1 (Association of Cross Cultural Missionary Agencies of Brazil) and CONPLEI2 (National Council of Evangelical Indigenous Pastors and Leaders) are working hard in this direction in unity. To partner with those organizations in projects in collaboration with the indigenous church in Brazil would be a strategic step.

There are lessons here for the global church and missionary movement, especially the need for better understanding and unity to meet today’s challenges.

There is an urgent need to continue to research key regions and movements around the world to produce enough understanding of today’s reality. To reach the unreached we need to know more than ‘how many’, ‘who’, and ‘where’. Understanding their identity and sociocultural context, and the indigenous church’s situation, is vital to guide in a wise way any missionary initiative.

There is an urgent need to promote better spiritual and strategic unity among players in the global missionary movement, especially between:

Without understanding we will bring solutions to problems that are not appropriate. Without unity we will not be strong enough to face the challenges.

Ronaldo Lidorio is a Brazilian theologian and anthropologist serving as a cross-cultural missionary in the Amazon, following eight years as a church planter and Bible translator in Ghana. A Presbyterian pastor as well as author of 14 books, he is Director for Missiology and Church Planting for WEC International. 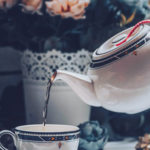