Deliver Us from Evil – Consultation Statement

Spiritual conflict is an emerging yet uneasy frontier in taking the whole gospel to the whole world. Enthusiasm and concern rest side by side. Trying to come to grips with the many complex issues, thirty practitioners, missiologists, pastors, and theologians gathered in Nairobi, Kenya, from 16 to 22 August 2000. Together we discussed issues of spiritual conflict in a consultation, ‘Deliver Us From Evil’, convened by the Lausanne Committee for World Evangelization and the Association of Evangelicals in Africa. The consultation objective was to seek a biblical and comprehensive understanding of 1) who the enemy is; 2) how he is working; and 3) how we can fight him in order to be most effective in the evangelization of all peoples.

Our group included practitioners of deliverance and prayer ministries from Latin America, Africa, Asia, Europe, Australia, and the United States; pastors and evangelical leaders from Africa and North America; an executive of a relief and development agency; an African psychologist working in North America; theologians from Asia, Europe, and North America; missionaries working in Africa and Latin America; mission executives from Europe and North America; and missiological educators from North America and Europe. Among us were Presbyterians, Pentecostals, Methodists, Anglicans, Lutherans, Baptists, and members of the Evangelical Church of West Africa, Church of South India, Berachah Prophetic Church, Evangelical Covenant Church, Brethren Church, Christian and Missionary Alliance, and Bible Church (United States).

As we have met in Nairobi, we have learned from the insights of sisters and brothers from East Africa and the East African revival. We particularly affirm how our East African sisters and brothers lift up Jesus, and him crucified, in the face of spiritual conflict. We realize afresh that the only way to break the power of Satan in everyday life, in society, and in culture is by walking in the light so that Satan may not bind us in the darkness.

As we pray the prayer, ‘Deliver us from evil’, we pray to be delivered from personal sin, natural evils, evil spirits and powers, and evil in society.

Our point of departure includes The Lausanne Covenant, The Manila Manifesto, and the 1993 LCWE Statement on Spiritual Warfare, all of which state the reality of our engagement in spiritual conflict:

We believe that we are engaged in constant spiritual warfare with the principalities and powers of evil, who are seeking to overthrow the Church and frustrate its task of world evangelization. (Covenant, 1974)

We affirm that spiritual warfare demands spiritual weapons, and that we must both preach the word in the power of the Spirit, and pray constantly that we may enter into Christ’s victory over the principalities and powers of evil. (Manifesto, 1989)

We agreed that evangelization is to bring people from darkness to light and from the power of Satan to God (Acts 26:17). This involves an inescapable element of spiritual warfare. (Lausanne Statement on Spiritual Warfare, 1993)

The consultation and participants recognize the relevance of spiritual conflict to world evangelization. We are not trying to side with any particular view but to expand evangelical thinking in an emerging area that has controversy. This statement indicates areas of common agreement, areas of unresolved tensions, warnings, and areas needing further study and exploration. Our intention is to encourage churches of all traditions to use this statement to stimulate forthright discussion, serious reflection, and practical ministry on spiritual conflict to the glory of God.

We affirm the biblical witness that humans were created in the image of God to live in communion with him, in fellowship with other humans, and as stewards of God’s creation. The relationship between God and humankind was broken through the mysterious entry of evil into God’s creation. Since the Fall, evil has influenced all aspects of the created world and human existence. It is God’s plan to redeem and restore his fallen creation. God’s redemptive purpose is being revealed and realized in the history of salvation, and fully in the gospel of the incarnation, death, resurrection, ascension, and return of his son, Jesus Christ. We are called to participate in God’s mission of fighting evil and the evil one in order to restore what was destroyed as a result of the Fall. We live in a world with tension between the kingdom that has already come in Christ and the continuing realities of evil. God’s mission will be completed when Christ returns, the kingdom of God comes in power, and evil is destroyed and eliminated forever.

We praise God, that, while we represented various theological, cultural, and church traditions and positions on spiritual conflict, we have been blessed and inspired by learning from each other. This encourages us to believe that it is possible to develop an understanding of spiritual conflict and its practice within the Christian community, so that in time it becomes part of the everyday life of the church. We invite the church to join us in continuing study and incorporation of appropriate ministries of spiritual conflict into the life of the church. We particularly call the churches in the West to listen more carefully to the churches in the Two Thirds World and join them in a serious rediscovery of the reality of evil. 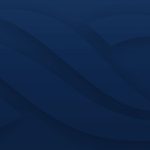