Jesus in an age of secularism, relativism, and tolerance A recent study in the United Kingdom showed that 71 percent of people between the ages of 18 and 24 now identify as having no religious beliefs of any kind.[1] According to Operation World, a growing majority of European countries, including France, the Czech Republic, and Spain, are composed of one percent or fewer evangelical Christians.[2] According to the book Churchless, ‘More than one-third of America’s adults are essentially secular in belief and practice.’ This means there are approximately 156 million Americans who are not engaged with a church.’[3]

Much of the formerly ‘Christian’ world is leaving its roots behind and is dominated by secularism (death to religion) and relativism (death to truth). The Bible is no longer considered the moral compass; rather, everyone is free to decide for themselves what is right and wrong.

Young people see the church as irrelevant to their day-to-day lives: a dead, empty tradition of the past.

Much of the formerly ‘Christian’ world is leaving its roots behind and is dominated by secularism (death to religion) and relativism (death to truth).

And secularization, a trend closely tied to the globalization of culture among urban youth, is not limited to post-Christian regions like Europe or the USA. It is impacting cultures in urban centers of every region of the world, including the Middle East, Asia, and Africa. This next generation, connected by consumerism, social media, and the entertainment industry, forms the largest global culture ever to exist.

Throughout the Middle East, for example, an entirely new generation influenced by global secularism has been emerging. This is a generation well versed in modern technology, and highly engaged in global music and art trends. In spite of the political and social turmoil that have characterized the region, these young people are energetic, highly innovative, and creative. At the same time, they have become increasingly suspicious of traditional cultural and religious values, as they aspire for change and a new way of living. Presenting both a challenge and an opportunity in terms of evangelism, this emerging culture calls for new missional models and approaches, as traditional efforts in this region have tended to focus on the values and worldview of the previous generation. At the heart of any culture are the core ideas that form its view of the world. For the globalized youth culture, these core ideas are secularism, relativism, and tolerance.

We live in a time of unprecedented connectedness. Mainstream media, global economic strategies, and, above all, the Internet have eroded cultural boundaries. Youth culture is more homogenous than ever, leading to a truly globalized youth culture. At the heart of any culture are the core ideas that form its view of the world. For the globalized youth culture, these core ideas are secularism, relativism, and tolerance.

It is important to understand that secularism is not the total absence of God. Secularism is more accurately characterized by the marginalization and privatization of spirituality.[4] Young people are not consciously rejecting God per se; they just do not think about it. Appropriately, these post-God young people have been dubbed ‘the nones’—a generation without any religious affiliations.

Religion and Christianity are irrelevant to their day-to-day lives. At best, they see Jesus as a good person or teacher, and, at worst, as a symbol of repression and bigotry. Just over 60 percent of Millennials consider Christianity to be ‘judgmental,’ and 64 percent say that the term ‘anti-gay’ ‘best describes most churches today.’[5]

False perceptions of God leading to the mass secularization of young people is perhaps the greatest challenge to the church today. Not only has religion been relegated to the sidelines of societal relevance, but it also has become something strictly private. False perceptions of God leading to the mass secularization of young people is perhaps the greatest challenge to the church today.

The second defining worldview of secular culture is relativism. Relativism is the idea that there is no transcendent truth and therefore no universal morality. Concepts such as right and wrong, justice and duty, are social constructs and ultimately illusory. With traditional ethics swept aside, relativism is an absolute pillar of the globalized youth culture. ‘You have your opinion and I have mine’ is the slogan of our day. It does not have to make sense; just do not violate it.

Ironically, the only truth that is not relative is that truth is relative. Secular people have no problem embracing two mutually exclusive perspectives, as long as it serves the way they want to live. It is the ultimate ‘have your cake and eat it too’ philosophy. Relativism has become a dominant force entrenched in the minds of young people. 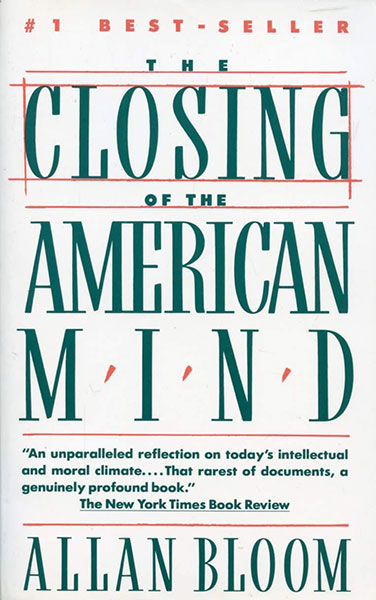 Allan Bloom, in The Closing of the American Mind, points out the following:

There is one thing a professor can be absolutely certain of: almost every student entering the university believes, or says he believes, that truth is relative. If this belief is put to the test, one can count on the students’ reaction—they will be uncomprehending. That anyone should regard the proposition as not self-evident astonishes them, as though he were calling into question 2+2=4.[6]

If followed to its logical end, moral relativism would lead to unmitigated evil and a total collapse of society, and yet this has not happened. This is because no one lives as if relativism were true. Notions of right and wrong, duty, honor, and justice are familiar themes in entertainment and pop culture, speaking to the larger rejection of relativism as a practical way to live.

Even secular writers seem to agree. Consider the thoughts of Helen Rittelmeyer, writer for The American Spectator, who says,

Overprocessed chart-slayers like Katy Perry and Ke$ha do not act as if they want to be judged by the brutal honesty of their self-expression, and neither do mannered indie darlings like the Decemberists. As for cinema, anti-heroes are out and heroes are back in. Virtue, authority, and law and order are all in fashion, as the bank accounts of Chris Nolan, J.K. Rowling, and Marvel Comics will attest.[7]

It is almost impossible to find someone truly committed to moral relativism in Hollywood or elsewhere. What you find in abundance, however, are people who say that morals are relative and yet live as though they are not. Secular young people have not abandoned morals and duties; rather, they have rejected traditional moral anchors and reference points, creating a value system of their own.

Jonathan Merritt argues in The Atlantic that ‘instead of being centered on gender roles, family values, respect for institutions and religious piety, it [the modern notion of morality] orbits around values like tolerance and inclusion. This new code has created a paradoxical moment in which all is tolerated except the intolerant and all included except the exclusive.’[8] We are told to be open-minded, and this sounds noble on the surface. Every idea, belief, and view is equal and should be respected by all people everywhere. It does not take a professional philosopher to see the self-refuting nature of this ideology. Tolerance is the logical extension of relativism, and it shares in its incoherence. After all, demanding the tolerance of all views is not very tolerant.

As D.A. Carson points out, ‘It [open-mindedness] no longer means that you may or may not have strong views yet remain committed to listening honestly to countervailing arguments. Rather, it means you are dogmatically committed to the view that all convictions that any view whatsoever is wrong are improper and narrow-minded.’[9]

Tolerance suddenly is not so tolerant.

The best form of tolerance lies in the ability or willingness to listen to people with beliefs and opinions that differ from your own. In the past, people were sacred, while ideas were up for debate. Today, tolerance guards ideas and attacks people. This has created a climate of conformity. People no longer have the freedom to think critically about issues and come to their own conclusions, for fear of being rejected or bullied. Tolerance suddenly is not so tolerant.

In a culture dominated by secularism, relativism, and tolerance (at least as it is liberally defined and applied), it is no wonder that Christianity, with its exclusive truth claims and absolutes, is incompatible with secular culture. More and more young people reject Christianity because to follow Jesus is to swim against the current of our times—the road is too narrow, the cost too high. Jesus in the Secular World by Ben Pierce

As followers of Jesus, it is clear that we need to respond—but how?

1. Respond by developing authentic relationships. Get out of our Christian ghetto, develop authentic relationships with unbelievers, ask them questions, and really listen. Isolation is our enemy. We need to reintegrate into secular culture and eliminate the superficial differences that keep us isolated and irrelevant. Jesus’s life demonstrates a delicate balance: being part of culture while not being polluted by it.

2. Respond by gently challenging presuppositions. Help them see how believing in God is rationally sound, historically accurate, and philosophically congruent. Demonstrate that, unlike secular humanism, our faith is internally consistent and corresponds with how we really experience life.

3. Respond by seeking God. Pray like you have never prayed before. Let it disrupt your schedule. Ask for unreasonable things and demand that God move in power in and through your life, and do not stop asking until he does.

4. Respond by stepping through fear. Boldly preach the cross, take Holy Spirit–led risks, and do not wait. We may feel as though we have all the time in the world, but we do not.

Paul reminds us in Ephesians 5:15–16, ‘Be very careful, then, how you live—not as unwise but as wise, making the most of every opportunity, because the days are evil’ (NIV).

Time is short, and the needs are great. It is time to act! Ben Pierce www.steiger.org/benpierce is a missionary of Steiger International, which is called to reach and disciple the global youth culture for Jesus. He also serves as the lead singer and guitarist for the international rock band, No Longer Music. Ben hosts a weekly podcast called, Provoke & Inspire, and is the author of the new book, Jesus in the Secular World: Reaching a Culture in Crisis. He is a contributor to the Lausanne Movement’s new initiative on Global Secularization. 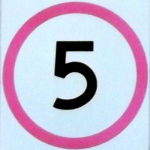