The Challenge Of Environmental Stewardship

Editor’s Note: This Cape Town 2010 Advance Paper was written by Las Newman and Ken Gnanakan as an overview of the topic to be discussed at the related session at the Cape Town Congress “The Environmental Crisis, the Gospel and Christian Witness.” Responses to this paper through the Lausanne Global Conversation were fed back to the authors and others to help shape their final presentations at the Congress.

The global environmental crisis is a stark reality that compels us to act.  We are threatened with climate change, depletion of land and marine resources, dwindling fresh water reserves, an energy crunch, biodiversity extinction and devastated ecosystems.  With increasing population causing overconsumption of natural resources and overuse of fossil fuel, our unsustainable consumption patterns raise the threat to even more alarming levels. Increasing poverty has resulted in glaring inequality in the world, placing humanity at risk that could be beyond repair.

More recently, climate change has posed a warning to the well-being of humans and the non-human environment through impacts on human life, biodiversity and ecosystem functioning. Interestingly, recent calls to recognize climate change as a major hazard have met with varied responses. On the one hand we have had skeptics who have dismissed it as a non-issue and on the other side we have had prophets of doom who have exaggerated claims for their own personal agendas.

While the threat is global, sadly the impacts of the crisis are already being felt by some of the world’s poorest communities. And these impacts—floods, drought, crop failure, disease and sea level rise—are escalating at an alarming rate. Importantly, these impacts will be felt most in more than forty Small Island Developing States (SIDS) in the Atlantic, Indian and Pacific Oceans; in the UN-recognized group of 50 Least Developed Countries (LDCs), mainly in Africa but also in Asia; and in a number of other highly vulnerable African nations. In contrast to the rest of the world, these disadvantaged one hundred countries have a combined population of nearly one billion people, but produce only 3.2% of global greenhouse gas emissions. 1.

Rich and poor, we must all act together to bring change. There are costs to pay. But the question arises: What about the poorer countries? Do the mega-polluters like Europe and the US expect smaller countries like Bangladesh, Guatemala or Zaire to share these costs equally? The question has surfaced in many debates and the United Nations has played a pivotal role in making climate change an issue for all countries to address.

When the United Nations Framework Convention on Climate Change was formulated and then signed and ratified at the Rio Earth Summit (1992) by most of the world’s countries (including the United States), the principle of “common but differentiated responsibilities” was acknowledged. The Kyoto Protocol (December 1997) called for fairness to the developing nations. It was argued that the developing nations have not caused this pollution for the past 150 or so years, and thus it would be unfair to ask them to cut back at the same rate for the mistakes of the currently industrialized nations.

Much was expected from the recent Copenhagen Summit, hailed as the largest UN gathering. The event held in December 2009 was attended by 119 heads of state and was an ideal platform for major concerns to be addressed positively. In the build-up to Copenhagen it was repeatedly said that this was “the last chance to save the climate.” But the Summit ended with deep disappointment for many.

In the face of the challenges of both the environmental crisis and the failure of global leaders to come to any clear agreements, the role of the Christian community becomes even more urgent. We are believers in a “Creator” and a “Redeemer” God and hence have a great responsibility to act on God’s behalf in our world today. Jesus our redeemer is “the firstborn over all creation. For by him all things were created: things in heaven and on earth, visible and invisible… all things were created by him and for him…and in him all things hold together” (Col 1.15-17). If therefore God is Creator, and Jesus has such a crucial role to play in Creation, we as his community in the world today are compelled to act urgently on his behalf.

We then ask the crucial question: what shall we do? 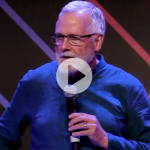