The 10th World Council of Churches General Assembly (WCC GA) was held in Busan, Korea, from 20 October to 8 November 2013. Some 4,000 participants from 140 nations joined together under the theme ‘Living God, Lead us into Righteousness and Peace’. The Korean Preparation Committee had the support of the 2.8 million strong WCC ecumenically aligned Tong Hap Presbyterian Church of Korea denomination.

As early as 2011, conservative evangelical churches and denominations in Korea began to oppose the WCC GA. Mass demonstrations against the WCC GA occurred in Seoul and Busan, criticizing the WCC’s liberal theology of religious syncretism, notably interfaith dialogues, emphasis on the socio-political gospel without spiritual conversion, and promotion of homosexual practice.

In the history of the movement since 1948, the WCC has never experienced such well-organized and vehement opposition.

The Korean church is one of the most theologically conservative in Asia and the world:

However, these Korean evangelical leaders choose to stay within the more ‘liberal’ Tong Hap denomination to provide a positive evangelical influence within the WCC family. By contrast, the more conservative Hap Tong denomination would consider any engagement with WCC liberals compromising.

Despite this environment, WCC leaders in Geneva selected Korea to host the 10th WCC GA for two basic reasons:

The WCC GA in Busan highlighted the increasing importance of the church in the Global South, particularly Asia where rapid church growth has been taking place. The ‘wildfire’ church growth in Korea in the 1970-1990s and in China today has drawn the attention of world churches to the Asian church. While the proportion of Christians in the northern hemisphere has shrunk from 80.9% (1910) to 37.9% (2010), the Global South now represents over 60% of the Christian population.

The future leadership of world Christian organizations such as WCC, World Evangelical Alliance (WEA), and the Lausanne Committee for World Evangelization (LCWE)1 are in the hands of Asian, African, and Latin American church leaders. Furthermore, the Catholic Church elected an Argentinian pope, Pope Francis, in early 2013,2 and the WEA General Assembly was originally due to be held in Korea in October 2014.

The Korean Church, whether pro-WCC or anti-WCC, certainly had the privilege of meeting many world church leaders. The majority of Christians in Korea who did not know much about the WCC learned more about it through the GA in Busan. This GA will produce many positive and negative consequences in the Korean church.

A well-known ecumenical Tong Hap pastor in Seoul evaluated the WCC GA as a failure for three reasons:

Further disappointment arose over the GA’s official statement in the area of theology. The cross and the resurrection of Jesus Christ were omitted in the statement, which defines evangelism as restoring living beings into fullness of life according to the leading of the living God. The WCC did not change its basic theological position in Busan.

Now, after the WCC GA, the Korean church will most likely be more divided than ever, with the rift between the two largest Presbyterian denominations (Tong Hap and Hap Tong) likely to deepen. The first major division in the Presbyterian Church of Korea (PCK) occurred in 1959, mainly over whether or not to support the WCC. The 10th WCC GA in Busan highlighted the differences between conservatives and liberals, making matters worse.

It was announced on 11 February 2014 that the upcoming WEA General Assembly has been postponed. The statement cited ‘internal divisions among the evangelical community’ in Korea:

WEA leaders had been preparing for their GA in Korea in October in cooperation with CCK. The key question was whether the present CCK leaders were willing to work with all evangelical leaders in Korea, both within and outside the WCC.

Many evangelical pastors of different mainline denominations do not support WCC for theological reasons. A key question was whether WEA and CCK would include these evangelical church leaders in the WEA GA.

The WCC GA has shown that the center of gravity of the ecumenical movement has shifted from declining Western Christendom to the growing churches of the Global South. Many of the growing denominations, such as the Anglican Church in Africa and Tong Hap in Korea, belong to the ecumenical WCC movement. Loss of church membership in the West and increasing financial crisis in Geneva suggest that the WCC leadership needs to return to its original vitality in the 1950s by working closely with the evangelical leaders of the Global South.

Liberal leaders within the WCC have maintained control in the areas of church administration, finance, and seminary education. Amid changing times in church history, evangelical leaders from Asia, Africa, and Latin America need to increase their spiritual influence in these three areas within the WCC.

The deepening divisions among Korean Christians, particularly between CCK and KCA and between Hap Tong and Tong Hap, need to be healed. It will take a miracle for the church to unify on the basis of the biblical and historic faith of Christianity.

The role of The Lausanne Movement will become increasingly important in the future.  The LCWE can help bring unity among the evangelical churches within WEA and the evangelical leaders within WCC who are dissatisfied with WCC theology and practices.

One way is to work closely with WEA-related churches through WEA Commissions (Theological, Missions, Women’s, Youth, Religious Liberty, and IT). Such cooperation will gain the support of grassroots churches and church leaders that are associated with different national evangelical alliances and fellowships. One area where this has been done is encouraging cooperation among over 1,000 evangelical seminaries in Asia outside the WCC, and then opening doors for them to cooperate with evangelical seminaries within WCC ecumenical denominations.

The key task for evangelical churches, whether or not they are affiliated with WCC, is to work together for the cause of the Great Commission of our Lord Jesus Christ (Matthew 28:19-20). The whole church must take the whole gospel to the whole world.

1 Also known as The Lausanne Movement.

2 Editor’s Note: See Norberto Saracco’s article ‘“Pray for me”: Pope Francis: How should we respond?’ in the June 2013 issue of Lausanne Global Analysis at https://lausanne.org/en/documents/global-analysis/june-2013.html.

Bong Rin Ro, ThD, is Professor of Church History and Missions at Hawaii Theological Seminary. He has served as ATA General Secretary (1970-90) and as General Secretary of the WEA Theological Commission (1990-96). Currently he is ATA International Senior Advisor and Dean of the Asia Graduate School of Theology-Korea. 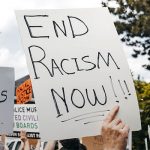