“You’re not going to bed till I hear about what you’ve been doing in Palawan,” I impatiently said to Trevor McIlwain at the New Tribes Mission guest home in Manila. That conversation evolved into McIlwain speaking at the upcoming New Tribes Mission (NTM) Southeast Asian Leadership Conference in Thailand and to what would eventually be called Chronological Bible Teaching (CBT).

That was over 30 years ago. Since then, CBT has gone global, and from rural tribal settings to the urban centers of the world. McIlwain reintroduced the missions world to the powerful use of story in ministry. Interestingly, many church leaders today remain unaware of the movement.

The McIlwains found themselves assigned to follow up with a people movement among the Palowanos of the Philippines in which many were thought to have suddenly believed in Christ. What they soon discovered, however, was that many misunderstood the gospel. Destroying fetishes, abstaining from certain practices, and attending church services became substitutes for salvation (McIlwain; Steffen and Terry 2007).

To try and correct the situation, McIlwain decided to start from the beginning of the Bible, identifying salvation themes from Genesis to the ascension. This provided a foundation for the New Testament Jesus story while allowing time for the Palawanos to sort out truth from error. Syncretism birthed the CBT model.

Over time, McIlwain developed a seven-stage story model (of which I will address only four) that covered the entire Bible in a relative short period, moving seamlessly from evangelism to follow-up:

NTM encourages storytellers to conduct extensive worldview studies of their people before conducting ministry. Most of their workers serve with primary oral learners, i.e., those who prefer to communicate through verbal and visual means (Ong).

It did not take long for the International Mission Board (IMB) led by Jim Slack to adopt CBT. Having ministries among lowland Filipinos with low reading abilities, they recognized the wisdom of using a story-based ministry model.

Feeling that CBS took too much time to cover all the Bible stories, Creation 2 Christ (C2C), a brief evangelism tool, eventually replaced CBS for many.

Because of perceived time constraints, IMB encouraged their personnel to limit worldview studies, sometimes to a people’s religion only.

IMB began producing training tools for storytellers, now leading the way in the orality movement. Other agencies were quick to get on board, picking up CBT or CBS, contextualizing them to fit their own philosophies and theologies. McIlwain had started a modern-day movement (Steffen 2013).

In 2005, those who had worked on Making Disciples of Oral Learners during the 2004 Lausanne Forum and members of the Oral Bible Network merged to form the International Orality Network (ION). ION seeks to “radically influence” the use of primary and secondary orality among unreached peoples in rural and urban contexts. Secondary orality refers to those who are literate, but still prefer to communicate through verbal, visual, and digital means (Ong).

Various Christian educational institutions began to respond to the movement.In 1995, I launched the course “Narrative in Scripture and Ministry” at the Cook School of Intercultural Studies, Biola University. In 2011, Cook inaugurated a graduate concentration in orality that addresses primary and secondary orality.

A life-changing question began Avery Willis’ journey into secondary orality in 2000. Willis was at the time Senior Vice President for Overseas Operations with IMB, overseeing some 5,000 missionaries. Marcus Vegh, a friend of his participating in the Billy Graham conference for evangelists in Amsterdam, asked:

“Avery, how do you make disciples of oral learners?” “I don’t know,” I replied with a shrug of my shoulders. “People have asked me that question for twenty years. I just say, ‘I’m not working with illiterates. If you are, figure it out.’” “It’s been twenty years, and no one has done it,” Marcus retorted. “You know about discipleship. Avery, it’s your job. Seventy percent of the unreached people are oral learners” (Willis and Snowden 21-22).

In his journal, Willis continued, “Little did I realize that addressing the challenge of discipling oral learners cross-culturally would solve a close-to-home problem I had wrestled with for more than 40 years: how to make disciples in America – not just with people who can’t or won’t read, but also with millennials1 (18-29-year-olds) who don’t like to read books” (Ibid., 22).

In light of the 20 years of successful IMB orality history, primarily but not exclusively in rural settings, Vegh’s observation identifies the lack of communication between those involved in similar ministries at home and abroad. Willis’ paradigm shift would more than make up for this oversight, however, when he became Executive Director of ION.

Looking ahead, we need to encourage more in-depth worldview studies. Worldview Resource Group is constructing a test instrument that could help.

We also need to:

In addition we need to:

The modern orality movement impacts global ministry on every level, whether one is aware of it or not. It influences every aspect of ministry: training, theological education, Bible curricula, Bible translation, evangelism, church planting, community development, business as mission, creation care, the arts, media, hermeneutics, and homiletics. Hopefully it will not take 20 years, as it did for Avery Willis, for global church leaders to discover its contributions. The present orality movement can provide many answers for global ministries if we can shed our silos.

1 Millennials refer to Generation Y, those born approximately between 1980 and 2000.

Ong, Walter J. Interfaces of the Word: Studies in the Evolution of Consciousness and Culture. Ithaca, NY: Cornell University Press, 1977.

Steffen, Tom A. The Facilitator Era: Beyond Pioneer Church Multiplication. Eugene, OR: Wipf and Stock, 2011.

Steffen, Tom A. “Chronological Practices and Possibilities in the Urban World.” Global Missiology, 4(10), 2013. Accessed at http://ojs.globalmissiology.org/index.php/english/article/view/1215. 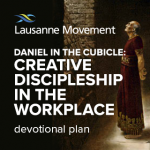