Grassroots communities form in the countdown to YLG2016

Everyone with a passion for social change knows that real breakthroughs happen when there is opportunity created for and given to grassroots initiatives. This structure might just be true to global mission.

Early in the preparations for the Lausanne Younger Leaders Gathering (YLG2016) we decided that we’d like to see people get connected for global mission before the actual gathering, but we would in no way want to own or control the communications happening. So we empowered them with a smart online directory of everyone attending the YLG called the Connector and challenged them to connect and form online communities around their passions, geography, or other ideas. It’s been a journey ever since to witness new groups led by younger leaders spring up around the world. 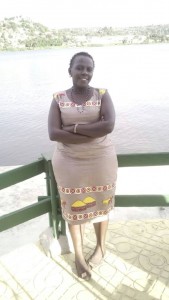 One of the most exciting stories is about a WhatsApp group co-led by Joan Mwangi, a Kenyan missionary based in Tanzania, where she’s been serving with TAFES (IFES Tanzania) for the last eight years. As she’s had experience in managing WhatsApp groups for the international church she goes to and for fellow female staff workers from the IFES EPSA region, she saw an opportunity to serve and was glad to help the group gain momentum.

The group now has over 230 members from 70 countries, and its activity is managed by a small volunteer team of moderators. Every Monday they hold a ‘Praise and Prayer’ day, on Wednesdays they check in with each other about preparations for the YLG, and on Thursdays, Fridays, and Saturdays, they do introductions from members about the various countries they represent.

‘We are expecting that friendships which are coming out of this group will grow for the benefits of the kingdom’, Joan shares, and goes on to say, ‘Learning more about Laos, Gabon, Sri Lanka, Jordan, Suriname, Chile, Japan, Swaziland, Zimbabwe, among others has been an amazing exploration that has also opened our eyes to understand the urgent need for the gospel in these nations!’

Joan continues, ‘One member testified that after hearing about Gabon, her desire to do mission among French-speaking countries has been activated. Other members revealed that they did not know anything about some countries until stories were shared, and later they committed themselves to be praying for those countries. This has been so fundamental and fulfilling.’

Members of the WhatsApp group also speak to the experience this group has given them. Margaret Wanjiru Gitau, a Kenyan YLG participant based in the US, writes, ‘I realize that despite our global diversity as a younger generation, we have similar questions: how to witness to a new world; how to solve challenges of poverty; how to build stronger relationships in family, in church, in our local communities. All across we hear a passion for witness in this time.’

‘It comes down to the key challenges of our time: how to pass the gospel to the next generation bearing in mind the histories of our countries, the cultural baggage that the gospel has carried so far, the Christian struggle to make sense of the contemporary social change in which we are living and remain faithful to the gospel. You pick this up from the wide variety of conversations’, Margaret concludes.

New friendships and relationships are being built both online and offline. ‘The power of the network is very incredible and amazing. Today I have met Andrea’s (a group moderator’s) friends from Brazil who live in Thailand. They came to Laos for their visa issues, and we spent a short time together. I’m now more excited to see everyone in August’—Phouangmalay from Laos shared about an offline episode of an online community. Deborah from Trinidad and Tobago writes: ‘I have really enjoyed getting to “meet” so many people before the YLG. So when we meet in person, it will be like a grand reunion!’

As the Planning Team, we’re thrilled to hear these stories. They underline what we believe, that YLG2016 isn’t just an event. It is a visible and exciting milestone of an ongoing commitment made by the Lausanne Movement to connect this generation for global mission. It’s happening! Attila Nyári is the Chair of Communications for the 2016 Lausanne Younger Leaders Gathering. He also serves as the Media Relations & Online Engagement Manager for the Lausanne Movement and as a church planting pastor in the greater Budapest area in Hungary, Europe.