One of the strategic visions that gave rise to the Lausanne Movement nearly five decades ago was a clearly recognized need for global leaders to be connected with one another across regions for greater impact in global missions. The growth in the global community at the end of the twentieth century was not just in numbers, but also in cultural and ethnic diversity. Cultural identity and belonging are important factors in people’s lives today, and an essential part of Lausanne’s mission is inviting, connecting, and collaborating with leaders in every context. Hence the importance of Lausanne’s regional coordinators. The Movement depends heavily upon its team of regional directors who share, encourage and connect influencers and ideas within their region and across regions. Ed Stetzer is the new Regional Director for North America. Currently Ed is the Billy Graham Distinguished Chair for Church, Mission, and Evangelism at Wheaton College and Executive Director of the Billy Graham Center at Wheaton College. He brings to the Lausanne Movement considerable experience in church leadership, evangelism, missiology, and helping the church navigate cultural issues. As a pastor, he has planted, revitalized, and shepherded churches, and has trained pastors and church planters in several states in the US as well as on six continents. He currently serves as Interim Teaching Pastor at The Moody Church in Chicago, and has recently launched a number of North American networks for leaders. Ed holds two masters degrees and two doctorates, and is a prolific author and well-known conference speaker. He is also a contributing editor for Christianity Today and an occasional guest columnist for the Washington Post. Ed is uniquely placed to coordinate the work of Lausanne in North America, which includes the USA and Canada. We welcome him into the Lausanne leadership. Stephen Mbogo is the new Regional Director for English, Spanish and Portuguese-speaking Africa (EPSA), a region that includes 29 countries. Stephen is currently the International Team Leader and CEO for African Enterprise. He has been involved in extensive evangelistic activities, leadership training, and community development in Africa and in other parts of the world, including the Mission Africa outreach project that preceded the Third Lausanne Congress on World Evangelization in Cape Town, as well as leading the African delegation to the NYC Movement Day Gathering for City Missions in 2016. Stephen has a PhD in intercultural studies from Biola University in California. He is married to Rosemary and they are the proud parents of two children.

We welcome Stephen Mbogo to this new role in the Lausanne Movement. He succeeds Nana Yaw Offei Awuku from Ghana, who now serves as Director of the Lausanne Younger Leaders Generation.

Last month I joined our newly appointed Regional Director for Latin America, Daniel Bianchi, and Lausanne’s Global Executive Director and CEO, Michael Oh, as participants in COMIBAM 2017, the fourth Ibero-American Mission Congress held in Bogota, Colombia. Over 1800 mission leaders, pastors, and seminary students, plus a group of international guests and observers from Asia, Africa, Europe, and North America, heard a fresh challenge to mission mobilization in the Spanish and Portuguese-speaking world of Latin America. The gathering was based on the theme ‘Con Jesus en Mision’ from the gospel of Luke, chapter 10 – the story of the mission of the seventy-two.

Daniel was a speaker and member of the leadership team for COMIBAM 2017. We are very encouraged by his strong leadership in the region since he assumed the role of Regional Director earlier this year. During the congress, he organized a gathering of persons interested in the Lausanne Movement. The large turnout showed deep interest in the Lausanne Movement in Latin America and invited the help of the Movement in a variety of missionary engagement in the region.

One of the ways Lausanne has worked to support leaders in Latin America is by making our flagship publication, the Lausanne Global Analysis, available online in Spanish and Portuguese. This was welcomed by the gathering at COMIBAM 2017, and we encourage you to also share this rich resource with Spanish and Portuguese-speaking friends.

Please pray for all the RDs who are at the forefront of leading the Lausanne charge in each region. They live in regions of the world where there is great turmoil and great challenge facing the church. In some regions, there is the daily issue of conflict and war, terrorism and persecution, poverty and mass migration, stagnant economic development and deepening political crisis. In other regions, there is great openness and opportunity for church planting, evangelism, and a welcoming attitude toward refugees, migrants, and international students. The RDs work with regional teams of pastors, lay leaders, and missionaries to develop effective strategies for gospel outreach, recognizing that this is a time for missions and for bold witness to the gospel. 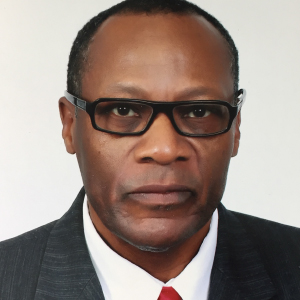 Las Newman is the Global Associate Director for Regions, responsible for coordinating the 12 Lausanne regional directors. He previously served as Lausanne Regional Director for the Caribbean. Las also organized and hosted the first Lausanne Global Consultation on Creation Care and the Gospel in Jamaica in 2012.