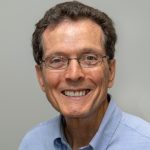 As Global Associate Director for Collaboration and Content for the Lausanne Movement, David Bennett coordinates the work of the Lausanne Catalysts (who lead the nearly 30 issue networks), and assists the Lausanne 4 teams. He has served as a youth worker, associate pastor, and church planter, and as senior pastor of globally-involved churches in California, Oregon, and Massachusetts. He holds a BS from the Massachusetts Institute of Technology, and MDiv, DMin, and PhD degrees from Fuller Theological Seminary.

David has engaged in teaching, preaching, and research in Asia, Africa, Europe, and Latin America, with particular focus on India. He served as principal author for Lausanne Occasional Paper #41: A Call to Develop Christ-Like Leaders, and has written three books on biblical principles of leadership, including Metaphors of Ministry: Biblical Images for Leaders and Followers (Wipf and Stock, 2004).

Since 1990 he has been on the board of First Fruit, Inc., an evangelical foundation, and since 2000 on the board of Asian Access. His wife Phyllis serves as director of the Women’s Center for Ministry at Western Seminary in Portland, Oregon. They reside in Washougal, Washington, and have two grown sons and eight grandchildren.