The mission frontiers of both the unreached and the reached

In 2017 I came from leading a different organization and joined Frontier Ventures (FV), becoming general director in 2019. I had been aware of the thinking of our founder, Ralph Winter. That included the unreached people group concepts and the encouragement of radical contextualization. This paper focuses only on the former: people groups (especially reached and unreached peoples).

I began to study Dr Winter’s thinking more thoroughly, including of course his address from the 1974 Lausanne Congress on World Evangelization. I wanted to be sure I understood FV’s roots before I sought to touch the tree. We are approaching the 50-year mark of that 1974 Lausanne congress. Since then the mission world has continued to debate and reassess the people-group concept. So has FV. And I have discovered that Ralph Winter was also actively reassessing these things.

My purpose here is simply to provide a sketch of some of his rethinking, some of FV’s, and some of my own questions for the future. First a very brief outline of that 1974 address.

Ralph Winter was invited by Billy Graham to speak about cross-cultural evangelism as ‘the highest priority’. [1] Much of the paper explained the so-called ‘E’ scale, and especially ‘E-3’. ‘E’ represented ‘evangelism’ and ‘3’ represented the most significant cultural distance to negotiate for evangelism to be effective.

It is clear that, while numbers and data were presented to help define the reality of the scope of need, it is also true that Winter was wrestling with cultural and linguistic issues of communication and practice that would need to be factors for any sort of progress.[2] Those became more and more important to him over the years, as I will describe shortly. Before doing so, I will briefly mention a few concerns from the early responders. The First Lausanne Congress on World Evangelization held in Lausanne, Switzerland, in 1974.

Philip Hogan[3] of the Assemblies of God proposed ‘diaspora’ as a potential key to solving E-3 issues, and reminded readers not to forget the role of the Spirit in mission. I do not disagree with the main thrusts—neither did Winter—but it can be argued that Hogan largely missed the main points about the depths of cultural challenge.

Related to culture, Jacob Loewen,[4] an anthropologist with the Bible Society, largely supported and gave biblical and contemporary examples of Winter’s emphasis on the challenges for communication presented by cultural distance. Loewen’s primary critique of this was Winter’s assumption that E-3 cultures had no ‘near neighbors’. This continues to be debated today.[5]

Pablo Perez[6] of Dallas Theological Seminary criticized the early versions of the homogenous unit principle and, counter to Loewen, appeared to minimize the challenges of cultural difference. Also, similar to Hogan’s reminder of the Spirit, Perez argued that the Bible will tell us what to do.

The entire discussion between those respondents and Winter revolves around research, culture, communication, Scripture, the place of the Spirit, and shifts in global populations. And these are, with other disciplines, all at the very core of the praxis of missiology.

Looking Back and Forward

Frontiers In Mission: Discovering And Surmounting Barriers To The Missio Dei by Ralph D. Winter

In 2005 Winter wrote an article entitled ‘12 Frontiers of Perspective’.[7] Almost exactly 30 years after the Lausanne paper, his thinking had matured, deepened, and changed. In this paper he looked back and described his thinking, but he also looked forward. Of the 12 frontiers Winter discussed, I will focus mainly on his comments about ‘peoples’ and contextualization.

Winter restated his discovery of the Genesis 12 purpose of God to bless all people of the earth, a discovery of not just that text but of God’s purposes for all peoples as the unifying theme of the Bible. Tracing the peoples theme throughout the Bible, and comparing that to the data about ‘people groups’ is, in part, what gave rise to the focus in FV and other organizations on ‘peoples’: reached, unreached, engaged, unengaged, lists, descriptions, prayer movements, etc.

In the FV world, our flagship programs and projects such as Perspectives, the Joshua Project, Global Prayer Digest, much of what we publish in Mission Frontiers and IJFM, and a number of the titles in William Carey Publishing, have all been shaped by people-group thinking, flowing directly and indirectly from the missiological implications of the promise to Abraham.

Astonishingly, in 2005 Winter went on to say this: ‘But, of course, to recognize that all these peoples can be reached fairly readily now may have reduced that frontier to just sort of a need for further encouragement.’ He also said that ‘we have our arms around the intermediate task of the unreached peoples. This is a manageable task’.[8]

By that time Winter’s thinking had shifted to other frontiers. He highlighted two other frontiers from that 2005 piece as being extremely important. The first he referred to then as the radical de-contextualization frontier, ‘to say that we need to make a major shift, giving up our form of Christianity—so-called—in order for the biblical faith to penetrate Hinduism, that is still a frontier. That’s the radical de-contextualization frontier, and I don’t think we need to pussyfoot about it.’

Winter saw that the de-contextualization of Christianity in its current forms is also a frontier of mission. This implies a reassessment of the prioritization, at least to some extent, of the focus of mission on ‘reached and unreached’ peoples. In his view, while mobilization appropriately focused on giving attention to the unreached, frontier missiology needed to take a different approach. He wrote, ‘Can we call it a frontier if we are trying to disentangle biblical faith from our own Christian tradition? I certainly think so’, and ‘we can safely say that both the frontier of the unreached peoples as well as the new frontier of the supposedly reached peoples must now be re-addressed with a truly biblical form of Christian faith that makes sense of them.’ Note the ‘them’—that is, both the unreached and the reached require the same thing. They are both frontiers.

In looking back, Winter outlined a frontier missiology that examined also the world of the reached. But he also looked forward. He concluded his 2005 article with these words: ‘In a sense it does not matter whether we employ the word frontier or not. These are perspectives that throw light on our path into the future. The future is itself a frontier, after all’ (emphasis added).

In FV circles I have spoken often about the future as well, or what I call the coming ‘post-everything world’—post-Christian, post-post-modern, post-religious (as we know it), post-secular (as we know it), and many more ‘posts’. Questions for the Future

Above I touched on some aspects of Winter’s missiology and his own reassessments. Specifically, behind his thinking was the discovery of the theme of blessing as it was promised for all peoples. While blessing is clearly a major unifying theme throughout all the books of the Bible, it is a theme set within a framework. That framework begins with creation and with humanity created in God’s image, and in its canonical form, ends with a new creation. In between those frames, the good news includes the restoration of the image in humanity, rooted in the second Adam, the one who is the image of God, Jesus (see for example 2 Corinthians 4:4 where the link between the good news and image is clear).

My first set of questions for the future, then, is how might this biblical theme of imago dei shape frontier missiology? How might it shape our thinking of ‘peoples’ and cultures? How might it shape what we assume about other religions? There is a lot of work to be done here, and it will be necessary to take the full picture of humanity into account, including how broken we are. But the theme of being made in God’s image has much to teach us in our approaches.

How do the ‘peoples’ on our lists of peoples see our lists? Do they see themselves there?

A second set of questions, related to the first, is more specifically tied to the concept of ‘people group’ itself. This has been debated for decades, and all the iterations of the concepts or the disagreements here are important. At least two developments are needed to shape the next set of questions missiology should be asking about the people-group concept. Those developments are:

The increasing awareness that non-essentialist, emic (insider’s) understandings of ‘peoples’ must be our own assumptions. Most of our lists of peoples tend towards etic (external) definitions and tend to be rooted in essentialist assumptions (ie there is a clear, definable, essential definition of this or that ‘people’).

The increasing globalization along with a ‘democratization’ of information about religions and spirituality which has resulted in increasing momentum to a wide variety of ‘multiple belongings’, not only in the sphere of religions, but of many other self-descriptions of identity.

My second set of questions revolves around this whole theme of identity: how do people see themselves? Is it even possible to know by external observation how many ‘peoples’ there are? How do the ‘peoples’ on our lists of peoples see our lists? Do they see themselves there? 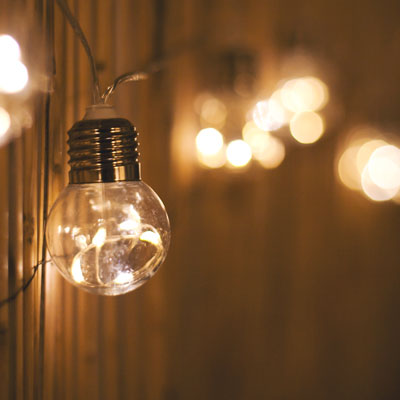 Missionaries are still needed ‘from everywhere,’ as long as they come with a deep desire to centre local believers.

Finally, as I conclude this discussion of reassessing the concepts of people groups as we move into a next era of mission, I want to ask a question quite self-consciously aware of the seat I sit in. I have stepped into leadership of FV, an organization known to promote the unreached peoples concept. And above I have described some of the ways our own founder was thinking in new ways in 2005.

When he took on the topics of contextualization and de-contextualization, he concluded that the reached and the ‘unreached’ both need the same thing: a truly biblical faith. Winter generally thought of frontiers in terms of boundaries and barriers. Sometimes the barriers are in us, and thus they require our own de-contextualization. In saying so, he opened a door for this question: ‘If the form of Christianity that we are exporting to, say, the Hindu world, is in itself not a biblical form, then can we say that the ‘reached’ senders are in fact reached?’

Mission frontiers are barriers and boundaries that, citing Winter again, ‘we may not be able to see clearly, and which may even be disputed or denied. Their study involves the discovery and evaluation of the unknown or even the re-evaluation of the known.’

May we gain eyes to see, and a willingness to release what we think we know so that we can discover what God wants to show us in the coming ‘post-everything-as-we-know-it-era’ of mission. Kevin Higgins is the general director of Frontier Ventures, previously known as the US Center for World Mission. He is also the former president of William Carey International University and the former international director of Global Teams. He has served in the Muslim world in two countries in South Asia, developing movements alongside leaders and among various language groups. He has a PhD in translation from Fuller Theological Seminary.

The Lifework of Andrew Walls for African Theology

The Evangelical Church Interacting between the Global and the Local