The Refugee and the Body of Christ

The Institute of Middle East Studies (IMES) is a department of the Arab Baptist Theological Seminary (ABTS) located in Beirut, Lebanon. The mandate of IMES is ‘to bring about positive transformation in thinking and practice between Christians and Muslims in the Middle East and beyond’.

The purpose of IMES’ annual Middle East Consultation (MEC) is to equip participants to respond in prophetic and Christ-like ways to the many challenges facing Christians and Muslims in and beyond the Middle East and North Africa (MENA). Recent consultations have explored the challenges and opportunities for discipleship in the region (MEC 2014) and the complex issue of identity for newfound followers of Christ (MEC 2015):

The purpose of MEC 2016 was to explore the long-term implications of the significant number of refugees from multiple religious backgrounds who now regularly fellowship with other members of the body of Christ. By doing this, MEC 2016 sought to encourage healthy practices between and within different expressions of the local church in MENA, Europe, and beyond.

MEC 2016 sought to create space to reflect on the challenges and opportunities facing the MENA church in the present and the years ahead that result from the current demographic changes. In addition, it provided the opportunity for church and ministry leaders to step back and reflect not only on what God has been doing in and through his church in recent times, but to envision the church of the future in and beyond the MENA region.

The fallout of the war in Syria alone has caused the biggest humanitarian crisis since World War Two:1

Many have also been resettled in other countries around the world. Half of Syria’s pre-war population of 23 million has either been killed, internally displaced, become a refugee or asylum seeker, or is in desperate need of humanitarian assistance.2

Yet this is only one of the sources of the global refugee crisis. The numbers of people fleeing wars, armed conflict, threats of genocide or one form of persecution or another are unprecedented. According to UN figures, 65.3 million people were displaced in 2015. One in every 113 people in the world today is a refugee!3

Refugees and the church

Refugees, regardless of religious background, are arriving at the doors of churches in Syria, in Lebanon, across Europe, and around the world—often in significant numbers. In many cases they have heard stories about the welcome others have received from Christians. Others simply do not know where else to go. In many cases they have found a welcoming community ready, if uncertain how, to provide help.

IMES provided a unique context to reflect on some of the challenges and opportunities facing the local, regional, and global church. During the consultation we heard voices from across MENA, Europe, North America, and beyond describing how the church has been providing material and non-material (social, emotional, and spiritual) support to their new neighbours, who would be viewed as strangers or even enemies to be feared by many. As a result, many churches are growing significantly, not only numerically but also in their understanding of holistic or integral mission.

During the consultation there were mixed views on the relationship between the verbal and practical witness of the church. Recognising that both are important, the tension came over which, if either, should have priority. A commonly held view was that the gospel requires both tangible care and support for the weak, the marginalised, the oppressed, and the refugee, and a clear proclamation of Christ.

Some churches are providing material support in the form of food, blankets, medical provisions, etc. Others are providing education, advocacy services, mentoring, Bible studies, and a place for their new neighbours to gather in a welcoming community. Many churches are seeking to do both, discovering how faith may be put into action in new ways. However, some held the view that material aid should be kept completely distinct from any sense of spiritual support.

It was broadly recognised that, when material support is provided by the church, with integrity, within the context of relationship and with no conditionality (eg church/Bible study attendance or conversion), this in itself represents a powerful embodiment of the church’s witness. The church upholds human dignity or the Imago Dei by meeting the material and non-material needs of the whole person.

In the midst of a major humanitarian crisis, we heard and saw that God is very much present—and on the move! As a result, churches are being transformed and new life is being breathed into them, as they discover a renewed vision of who they are called to be. Global partnerships are also being formed between churches to support the ever-increasing need.

Significant challenges remain. For many within and beyond MENA, high levels of fear continue to be a barrier towards any form of social or community integration. In environments of economic and political instability, the additional number of people in desperate need of material provision adds an enormous stress on already fragile contexts. This is compounded further by the fear of terrorism that is increasing globally.

The acceptance or non-acceptance of refugee communities has become highly politicised, leading to rapidly changing conditions on the ground. This is an area into which the church must speak prophetically—as truth tellers—willing to counter dehumanising and violent rhetoric in what may be termed a post-truth media and political landscape.

Given these new realities, questions must be asked not only about what the church does in such circumstances, but who and what the church is, and how the church expresses itself within different contexts.

A recurring theme that emerged was that hospitality is a central feature of what constitutes the church. One speaker based on his reading of Acts 2:42-47 defined the church as a ‘sent community to embody God’s hospitality’:

The theme of peace, or biblical shalom, also recurred repeatedly. When the church is truly being the church, it is a welcoming community in which shalom—healing, restoration, reconciliation, well-being, belonging, community, health, salvation—can be lived out for all. It also becomes a living witness within the world that surrounds it.

It was also recognised that shalom may be found in unexpected places, and that many people at the physical and metaphorical borders of societies are seeking peace. We cross boundaries to meet the ‘other’, and the other crosses boundaries to meet ‘their other’. And it is precisely within these liminal spaces that we often are each disrupted and disturbed. In these spaces it is at times possible to see the face of Christ in those who appear initially so different. A peaceful presence is required there, as people practise how to carefully listen to and live alongside the other.

Two important ecclesiological questions were central to much of what was discussed. These stemmed from the experience of many churches in the MENA context who have responded with hospitality to their new neighbours:

A diverse range of perspectives were shared by those directly involved in ministry with and for refugee communities:

The nature of the relationship between the host community—those in a position of relative privilege and power—and their new neighbours was another central part of discussions. Furthermore, the risks associated with a ‘project’ or ‘ministry’ mindset came into clear focus, as new friends who have fled the war in Syria shared honestly about their experiences both within the conflict zone and once they had been labelled ‘refugee’. At times, certain practices, language, attitudes, and beliefs (such as the idea that God is using the war in Syria to grow the local church and reach people for Christ) were extremely painful and offensive.

The use of the term ‘refugee’ itself was also difficult. The very fact that people have experienced forced displacement and been given ‘refugee status’ became an additional source of their pain. As such, continually being labelled as a refugee reduces people’s humanity into a single, incomplete, and painful identity. Host communities can move beyond this when they recognise the humanity of individuals and communities, listen to their stories, enquire about their lives before the conflict and their hopes and dreams, and share their lives together. Focusing solely on the problems newcomers face, rather than on the capacities they possess, continues a negative cycle of pain and hopelessness.

It became clear that any response to, or engagement with, people fleeing such horrors—be it in relation to material or non-material support—should be based in relationships of mutual giving and receiving. Lila Watson and the Aboriginal activists group in Queensland state it well:

If you have come to help me, you are wasting your time. But if you have come because your liberation is bound up with mine, then let us walk together.5

Implications for the global church

The reality is that the conditions causing such high levels of people movement, forced or otherwise, show no signs of abating. This is going to be an issue for governments, communities, and the church for the foreseeable future. However, as elements of the media carry alarmist messages about ‘being overrun with migrants’, and as pressure on governments to tighten migration controls grows, what role does the church play?

A wide variety of suggestions emerged during the week about how the churches should be responding to their new neighbours:

Middle East Consultation 2017 will take place at the Arab Baptist Theological Seminary, Beirut, Lebanon, 19-23 June. The theme of the consultation is likely to focus on ‘a theology of persecution’. Further information will be posted on the IMES blog which can be accessed at IMESLebanon.wordpress.com.

1 Editor’s Note: See article entitled ‘The Crisis in Syria: How churches are responding and how God is at work’ by a Syrian pastor in the January 2016 issue of Lausanne Global Analysis.

2 Editor’s Note: See article entitled ‘Emigration of Christians from the Middle East and Some Implications’ by Gina A Zurlo in the July 2014 issue of Lausanne Global Analysis.

5 Cited in: Greenfield, Craig. Subversive Jesus: An Adventure in Justice, Mercy, and Faithfulness in a Broken World. Grand Rapids: Zondervan, 2016. 119. Arthur Brown is Associate Director of Youth Initiatives and Middle East Consultation Coordinator at the Institute of Middle East Studies (IMES) at the Arab Baptist Theological Seminary (ABTS) in Beirut, Lebanon. Arthur holds an MA in Youth Ministry and Theological Education (Kings College, London) and a DMin (Theology) from the University of Chester, UK.

One comment on “The Refugee and the Body of Christ” 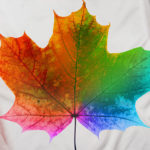 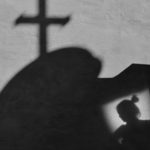