How the church can be part of the solution Water is an absolute necessity for human survival. However, access to fresh water is becoming critical, particularly in parts of Asia and Africa. Some 54 percent of India faces extremely high water stress. The crisis has become increasingly evident in recent years as much of central India is facing a severe water shortage.

The global environmental crisis affects India along with the entire world.[1] Prof V Ramanathan, in a lecture back in 2009, warned about Himalayan glaciers being the ‘most threatened by global warming.’[2] The Himalayan glaciers, that span about 1,200 miles crossing eight countries, are the source of drinking water, irrigation, and hydroelectric power for about 1.5 billion people. These glaciers are depleting at alarming rates and will reduce water levels in major Indian rivers such as the Ganges and Brahmaputra.

Population analysts project that, by 2050, about 60 percent of Indians will be living in urban areas, where there is an increasing gap between supply and demand of fresh water. The growing demand for urban domestic use of water places immense pressure on diminishing resources.

Agriculture is the mainstay of large sections of the population. Nearly 50 percent of the total water available is consumed in agriculture, which, along with increases in population, causes scarcity.[3] It is a global problem too; it is estimated that by 2050 the global agricultural sector will need double the amount of water used to feed the world.

With rapid economic growth and increasing per capita power consumption, the demand for energy resources is ever rising. The energy sector, especially hydro thermal units, requires huge amounts of water. Much of this energy is diverted to the cities, leaving nearly 40 percent of rural households electricity deprived.

Water being such an essential natural resource, it is not surprising that the World Bank predicts it will become a major cause of wars in the twenty-first century. In India, water conflicts exist at various levels from fights beside the village well to interstate water disputes. These minor water conflicts could become major water wars in the future. The following are some major issues in India:

The World Bank predicts it will become a major cause of wars in the twenty-first century.

Often the so-called ‘lower caste’ communities are denied access to public drinking water wells and other water resources in rural areas. Upper caste Hindus have often ensured that lower castes and especially ‘outcastes’ have no access to water. Disturbingly, such acts have been provided with religious sanction. Such oppression often leads to protests. B.R Ambedkar, the legendary leader of the Dalits, launched a Water Satyagraha (a policy of passive political resistance), in Maharashtra, by marching to a public tank protesting against this prejudice. Recent conflicts show how centuries of caste-based prejudice, deeply rooted in cultures and traditions, have not been eradicated.[4]

However, long before Ambedkar protested over water issues, Christian missionaries had attempted to address the issue by providing equal access to water for all and especially to the outcaste people. This missionary initiative, among others, demonstrated how Christians put into practice biblical principles of dignity, respect, and justice for all people.

Equitable access to water has become a demand in contexts where water rights are contested. For instance, in South Maharashtra state, drought-affected farmers have been organizing protests aimed at restructuring some irrigation projects in the area on more equitable lines.[5]

Some Christian organizations have already started responding to the water crisis in central India by assisting drought-stricken people to have access to clean drinking water. Borewells are being dug, villagers are being educated in how to conserve and utilize water, and community committees are being organized so that the water is equally accessed by all. India needs more such initiatives. Dams and displacement of people

The Sardar Sarovar Project in the Narmada Valley has, for some years now, become a rallying point for protests against large dams. Most countries in South Asia receive the majority of their rainfall during the monsoons. Hence dams are necessary for storage and use during the rest of the year. However, these projects have caused endless political and communal conflicts over issues of unequal sharing and of displaced people.[6] Most Christian NGOs and churches are yet to become seriously involved with those displaced by building of huge dams.

Water privatization will become a potent conflict area in most South Asian countries, especially India. Privatization involves the transfer of ownership of water resources from the public sector to the private sector. The first National Water Policy drafted in 1987 by the Government of India stated, ‘Private sector participation should be encouraged in planning, development and management of water resources projects for diverse uses, wherever feasible.’[7] This applied to hydropower, industrial and domestic water supply, and even irrigation. Within a decade, more than 300 private sector participation projects were commissioned.

However, they resulted in an increase in water tariffs, undermining of water quality, non-accountability to customers, reduced local control and public rights, loss of jobs, and impacts on the poor.[8] In the wake of globalization, many multinational companies are competing for access to major water resources, causing depletion of water levels in many parts of India. Christians in India needs to consciously address and speak out against unjust access and usage of water by the powerful and to stand for equal rights to water.

India has had trans-boundary river water conflicts with neighboring countries such as Pakistan, Bangladesh, and Nepal.

Trans-boundary water conflicts occur when disagreements escalate with regard to sharing water from rivers that flow across national or state boundaries. India has had trans-boundary river water conflicts with neighboring countries such as Pakistan, Bangladesh, and Nepal.[9] The Indo-Bangladesh conflict over the Ganges is a case in point. Various diplomatic efforts are being undertaken to resolve these trans-national issues on water sharing.

Within India, each state enjoys considerable freedom in deciding issues related to water, and most of the inter-state rivers have become an area of conflict in recent decades. The Cauvery water between Tamil Nadu and Karnataka and the Baghlighar Hydropower Project in Jammu and Kashmir are two examples of inter-state water conflicts. There is ample scope for the Indian Christians to use their influence and to be a catalyst to resolve such trans-boundary water conflicts.

While there are many solutions being offered to the escalating water crisis, some require huge investments as well as much more research. However, here are two very down-to-earth and feasible solutions:

India has adequate rainfall, and, with better management of rainwater, the crisis could be handled effectively. Rainwater harvesting, the accumulation and storage of rainwater, must be urgently considered. There are several success stories, but much more needs to be done. Harvested rainwater can be used for irrigation, and with proper treatment even for drinking. An immediate benefit could be a groundwater recharge, which will address the major problem of decreasing water levels.

Christians in India should to find ways to partner with the Government and social NGOs that are involved in such initiatives. This will demonstrate Christians’ commitment to stand with the community for a common cause.

Reclaimed water, sometimes called recycled water, is wastewater that has been treated to remove solids and impurities. It is then reused for a variety of applications including landscaping, irrigation, and recharging groundwater aquifers. Treating water for reuse is an important part of water conservation efforts, and in some regions of the world is becoming a common feature. There is much written on the subject and being implemented, even in India.[10] This is a viable source of water, particularly suited for agriculture as several nutrients could be recovered and used productively.

Some Christian institutions and NGOs have already started putting into practice waste water re-usage. More of such initiatives could be undertaken by Christians so as to demonstrate their commitment to water conservation as well as re-usage of waste water.

Christian compassion as part of the solution

Christians in India have a great opportunity to take the initiative, in partnership with the global church, to inaugurate projects that would not only address the water issue but also provide lasting solutions to the water crisis in line with its commitment to demonstrating Christ-like love to those affected by it. Christians have the potential to demonstrate compassion during this time of crisis. During any such time, the weak and the lower-caste people become more vulnerable and are deprived. Christians have the opportunity to initiate the tasks of educating the people in preservation and usage of water, equal and just distribution, and of ensuring that the weakest segment of the community is not deprived of access to water. This can all be done in the most Christ-like manner so that all people, regardless of caste or religion, are given equal access to water in India. Dr Ken Gnanakan founded the ACTS Group of Institutions, International Council for Higher Education and Theological Book Trust, and heads up various other ministries in India and across the world. He is a theologian, environmentalist and philosopher of education, residing in Bangalore, India. Having served as a pastor and church planter with the Christian and Missionary Alliance in India, and then as a professor and Head of the Department of Missiology first at Union Biblical Seminary (Pune) and later at South Asia Institute of Advanced Christian Studies (Bangalore), Dr.Atul Aghamkar is currently serving as the director for the National Center for Urban Transformation, an EFI (Evangelical Fellowship of India) initiative. 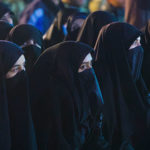 How Can We Finally Reach the Unreached?

A Summons to a Global Integrity Movement