The Ageing Church and Its Implications

The latest UK Population Census factually confirmed what has been known for some time—British society is ageing. A fifth, 22.3%, were 60 years of age or over in 2011, and if one omitted the many immigrants reaching that age, the percentage would be almost a quarter, 24%. The percentage was 20.9% in 2001; so the percentage of those 60 and over has increased by 1.4% in ten years—that is, the population of the country is gradually becoming more age-weighted. As is reflected in the church, the basic reason for this is that the increasing proportion of older people is not being balanced by an increasing proportion of younger people—although the number of births is currently relatively high, the total is not sufficient to compensate for the huge number of extra people who are living longer.

Fewer children: a much wider problem

This ageing problem is spread not just across the UK but is similar in most of the world, and for mostly the same reasons: people are living longer and the numbers born are too few to keep the balance level. When the United States Population Bureau or the United Nations (UN) provide forecasts about the world’s population they take into account three key criteria, all worth mentioning, and the first worth looking at in more detail:

1. The average fertility rate per woman[1]

The UN experts reckon that the Total Fertility Rate (TFR, the number of children an average woman may expect to have in a lifetime) will continue to fall in the majority of countries in the Majority World.[2] Details are summarised in Table 1,[3] the year 2010 being the latest year in the UN published tables. The sensitivity of these figures may be seen in the fact that, should their figure for the Majority World in 2050 be wrong, and the average fertility then was 2.50 instead of the expected 2.05, the world population would rise to 10.5 billion instead of the projected 9.2 billion! They also expect, in contrast, that the average fertility will rise slightly in the Western world, despite the projected population decline in 45 countries.

Why should the fertility rate in the Western world be rising when it is declining elsewhere? There are two trends which help account for this:

Women in the Majority World are wanting fewer children; so more are using contraceptives, which are becoming more widely available and more affordable. One-sixth (18%) of women in sub-Saharan Africa now use these, and the fertility rate in Kenya, for example, has fallen from 8.0 in 1993 to 3.5 in 2014,[4] a very rapid decline.

Also more women are now receiving education and wanting a career rather than raising a family; so again the fertility rate drops. Another reason for falling fertility is better infant mortality rates through generally improved health provision. If there is less chance that half their children will die before they are five years old, women will have fewer children. Mortality rates are given in Table 2,[5] but they still show a big difference between the Majority and Western worlds.

2. The number of people with AIDS

It is both the number of people with HIV/AIDS in different countries that is important and the proportion of them receiving anti-retroviral treatment. Both are increasing, with between at least 40% and 50% of all sufferers expected to benefit from this treatment (and many more in some countries) in the decades ahead, thereby increasing the average life expectancy for a person contracting the disease from 12 years to 28 years. This is not strictly a demographic feature in the sense that immigrants do not increase the world’s population, just the population of different countries—that is, a redistribution of population. It is, however, of immense importance globally and demographically as a continuing trend, with many implications for the church.[8]

All these three worldwide trends are relevant for the church. The fertility rate is important since if fewer children are being born, that means fewer children present who could join the church; so to maintain numbers we would need an above-average proportion joining, which is not happening. The number with AIDS in the Western world is small and usually does not affect church numbers. Immigration on the other hand has a huge impact, especially as so many come from a Christian background and either join existing churches or start new ones.

The numbers of older people worldwide are increasing

One consequence of smaller numbers of children being born is that the proportion of older people increases, helped by the better standard and wider availability of improved health resources in many countries. Table 3 shows the increasing proportion of older people, which is likely to rise in both the Majority and Western worlds. Across the world the percentage of those over 60 is set almost to double, increasing in numerical terms from 880 million in 2014 to 2 billion by 2050.

Age of retirement
One obvious implication of the above is the age of retirement for ministers, elders, trustees, and others. Should leaders continue to retire at, say, 65, or as in a number of denominations, 70? Roman Catholic priests are not expected to retire until they are 75. Should the age be extended to be more in line with the age of congregations?

Embracing older people
The impact of many older people will affect the church in a variety of ways. Their physical ability is usually less, often finding stairs difficult (for example). Not all older people enjoy modern, especially loud, worship. Some churches are already appointing a Minister for Older People. Are ministers in training being prepared to serve the needs of congregations where older people dominate? The increased life expectancy, especially among men, will, however, mean that there are more married people at older ages, something that will certainly be a feature of church life.

Helping grandparents
Many Third Agers[9] are grandparents, with an average of 4.4 grandchildren in the UK. Many will spend part of their time looking after their grandchildren two or more days a week when they are in pre-school. In what practical ways can Christian grandparents be more than just child-minders or child-entertainers in order to share Christian truth and values? Should the churches provide facilities especially for grandparents?

Finance
Third Agers may be very committed to their church, but may become less able to give as much support as perhaps they used to. How can churches cope with dwindling financial resources?

Transport
The older people get, the less easy it is for them to travel to church, the doctor, or hospital. Can churches help by providing some kind of transport rota, even ‘bussing’ people to church? Public transport is frequently simply not convenient for many older people, and often infrequent even where available. Road crossings in the Western world do not always give older people time to cross safely as crossings assume a pedestrian walking speed faster than 76% of men and 85% of women over 65 can walk. Those living in rural areas find transport especially difficult.

Over the next ten years, driverless cars are very likely to be on the roads in the Western world, which will probably include the transporting of elderly people. Some car companies, like Ford, are also deliberately designing cars particularly suitable for older people (wider front door, higher seats, larger dashboard, and so on).[10] Numbers using Mobility Scooters may also increase; so churches will need space for access.

Proportionately more elderly go to church than other age groups, but there are yet many who do not go to church at all, and still need to be reached with the gospel. However, like any group of churchgoers, they need to be befriended and enabled to join in suitable church activities. When Jesus said, ‘The fields are white, ready to harvest’, that included those 65 and over!

[1]The fertility rate is the average number of children born to a woman over her lifetime. It is measured by taking the number of births and dividing by the number of women aged 15 to 45, roughly their childbearing age.

[8] Editor’s Note: See article entitled ‘Diasporas from Cape Town 2010 to Manila 2015 and Beyond: The Lausanne Movement and scattered peoples’ by Sadiri Joy Tira in the March 2015 issue of Lausanne Global Analysis. Dr Peter Brierley is a statistician who formerly directed the UK organisations MARC Europe and Christian Research. He has been collecting and analysing church statistics for 50 years, serving now as a church consultant. He has been the Lausanne Senior Associate (now called Catalyst) for Research/Church Research since 1984. 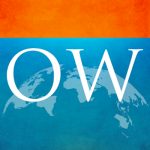