Kids and young people in the Western world today are increasingly digital, surrounded by both media gadgets and media stories that play a big part in their lives.[1]

Perhaps the cinema outdoes the church in providing today’s youth with a number of its religious ideas.

The influence of media on religious ideas and values

The Swedish sociologist Mia Lövheim notes that ‘the media is a more frequent arena than family and church for contacts with religious ideas and values.’[2] Perhaps the cinema outdoes the church in providing today’s youth with a number of its religious ideas; after all, both are places of spiritual reflection which present values and stories with an underlying message.[3] These stories are making an impact on the younger generation and on their worldview formation.

Disney and its global influence

Walter Elias Disney (1901–1966) was a moviemaker who wished both to deliver a message and make good entertainment.[4] His work creating the ‘Disney universe’ has gone global, and now it is a fantasy world that ‘both entertains and educates children in [US] and around the world.’[5] The term ‘Disney universe’ reflects Disney products’ universality and the concept of a fantasy universe that has a great effect on the young generation’s worldview today.[6] One of Disney’s own screenwriters, Linda Woolverton, has said: ‘When you take on a Disney animated feature, you know you’re going to be affecting entire generations of human minds.’[7] Thus, The Walt Disney Company is very much aware of its influence via messages often hidden under a cover of fantasy and magic.

While Disney plays a major role in the lives of the younger generation, this is not confined to the Western world where the Disney universe was created. The movies and products featuring Disney characters can be found almost everywhere. 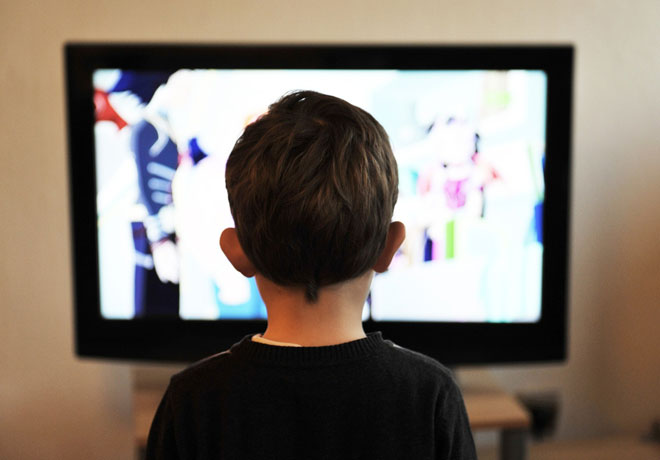 Christians worldwide can utilize the stories from the Disney universe in communication with kids and youth about religion and basic values.

Insights for the church

Since Disney through its trademark is globally present, Christians worldwide can utilize the stories from the Disney universe in communication with kids and youth about religion and basic values. Disney is globally influential, and its stories often mirror values found in or imported from Western society such as individualism. By familiarizing ourselves with the values that are presented in the Disney universe, the global church can also obtain increased insights into the frame of reference that kids in general are exposed to through other media stories. Faced with a society that is more and more media engaged, the global church has the challenge of meeting the young ones where they are, in their media-saturated world. To find out what they can be influenced by, positively and negatively, we can study the worldviews represented in their media world.

My analysis of the relatively recent movie Moana shows traces in it of two important aspects of contemporary worldviews: individualism and spirituality. I have also compared my findings with an analysis of older Disney movies by Margunn S. Dahle.[8]

Looking at Moana and some classic Disney movies, I found several elements of individualism that strongly reflect Western postmodern society. The movie about the heroine Moana is very much focused on her need to belong somewhere, as she looks for her place and role in life. This is easy to find in other Disney classics too, such as Hercules, Mulan, and The Lion King:

For the heroine Moana, her people’s traditions are very important. So, living on the island of Motonui, Moana tries to do what is expected of her, like the Chinese heroine Mulan. However, they both end up going against their family’s wishes and expectations when they run away from home and ‘follow their hearts’ instead.

This element of individualism is found in several Disney movies, in which the story has a central motif of breaking with traditional expectations, and ‘following your own heart’ instead of accepting decisions made by your parents or larger community. Several Disney classics, as well as Moana, have inherent elements of spirituality. Moana presents reincarnation as a spiritual reality and presents Moana’s forefathers as being present on earth in the nature surrounding her. Pantheism (spirits in nature) and an opening for folk religiosity are present in many post-1989 Disney classics. For example, The Lion King (1994) presents the African notion of the ‘living dead’, while the heroine in Pocahontas (1995) communicates with spirits in accordance with Native American religion. Positively, this teaches kids and youth about different worldviews and folk religiosity; but to learn from it, they must recognize that these messages go against a Christian worldview.

Many Disney movies mix Judaeo-Christian teaching with other religious elements and spirituality.

Many Disney movies mix Judaeo-Christian teaching with other religious elements and spirituality and then ‘put some magic on top’ as the final solution for making your dreams come true. In Moana, the magic happens through a pantheistic worldview. The ocean calls Moana, and her forefathers who have been reincarnated (especially her grandmother) to help her to achieve her dream. The individualism is also found in the focus on Moana’s inner spirituality—the calling she feels from the voice in her heart.

How do we engage?

By examining worldviews that are typical of the Disney universe and also reflect the world we live in, we get to understand the messages our kids and youth are influenced by in their daily lives. In kids and youth ministry, we can look for ways to confront the ‘me-first’ spirit of the age and confirm the good values that coincide with Christian faith.[9] The Disney universe influences the young generation in both positive and negative ways. To present them with a balanced picture, we need to underscore both the points of concordance and discordance between the Christian faith and the Disney universe.

Elements of concordance and discordance

Looking for positive aspects of the Disney universe that may coincide with Christian theology, we can see that within the individualism presented, there are values such as wanting to reach your own goals and being brave and strong. Additionally, Disney underscores the importance of accepting responsibility and the quest for meaning in life.

Being brave, strong, and taking on responsibility are all Christian values we can embrace in the Disney universe. The existential questions as to where we belong and the meaning of life can also be addressed both in Christian faith and in Disney movies. These points of contact give material to the youth worker or parent who can communicate with the younger generation about finding their identities and reaching their goals. Typical elements of discordance between the Christian faith and the Disney universe can also be found in individualism as the heroes/heroines often oppose their parents and follow their own will. Their pursuit of their meaning in life causes them to put themselves and their ambitions first. This presents opportunities to discuss with youth how a Christian should think about his/her own will and ambitions compared to the interests of others.

In addition, we find pantheism and reincarnation in the Disney universe, elements that contradict Christian faith. The spirituality that focuses on forefathers and spirits in nature and inside of you can be addressed in the dialogue with the young generation to create awareness, as well as reflection on how these elements contradict the biblical message.

If we listen to and learn from the media world surrounding them, we can convey the message of the gospel through the similarities and differences between Christian faith and their media world.

In relating to the younger generation, we want to offer them fellowship, help them grow in their faith and encourage them to spread the gospel to nonbelievers.[10] If we listen to and learn from the media world surrounding them, we can convey the message of the gospel through the similarities and differences between Christian faith and their media world.

This approach involves the principle of ‘double listening’—listening to both the Word of God and the world around us in search of concordance and discordance between the two messages.[11] It means trying to understand and obey God’s word, and at the same time to understand the world in which we live, in order to see how the gospel can relate to and speak to the society.

Church leaders, parents, and youth workers, in fact all Christians, should be encouraged to practice this principle. It helps us scrutinize the messages we receive and encourages the young generation to maintain awareness in their digital life. We should watch movies with the kids and youth, get to know what their media world contains, and talk about it open-mindedly.

If we as a global church can point to Jesus through the different messages the young generation receive, the process will show us and them the unselfish, loving nature of our Lord who in bravery sacrificed the pursuit of his own happiness to make the dream of mankind come true—to live happily ever after. Tonje Belibi serves as Assistant Professor at Fjellhaug International University College in Norway, from where she received her MA in Theology and Missions. Her Master’s Thesis was entitled, ‘Relevant Faith Education for Tweens in a Media Age: The Disney Movie ‘Moana’ as a case study’. 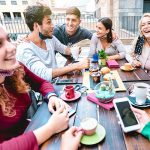