Dr Todd Johnson is responsible for the World Christian Database (WCD) at Gordon-Conwell Theological Seminary (Boston, USA), and he predicts that by 2025 there could be 55,000 denominations worldwide, instead of the 41,000 in existence now. Some denominations have no more than 100 members, while others have millions; all are listed on the WCD. Most of the denominations are classified as either Independent or Protestant.

In 2010, he estimated the number of Christians worldwide as 2,293 million, up from 2,265 million a year previous. This increase of 28 million was made up of:

It is increasingly important to focus on urban evangelism, as more than half of the world’s population now lives in cities. Johnson would also say that it is important to deepen the knowledge of world religions in church congregations. A 2009 UK survey found that only half of churches regularly had any external mission input during a year’s teaching. Johnson would say that ‘many Christians seem to fear religiously diverse communities’, a fact supported by a recent UK survey that highlighted the loss of confidence among British churchgoers in explaining their faith to others.

Johnson also exposes many Christians’ lack of biblical knowledge and quotes an American survey by George Barna which showed that ‘most churchgoing adults reject the accuracy of the Bible, the existence of Satan, claim that Jesus sinned, see no need to evangelise, and believe that good works are a key way of persuading God to forgive their sins’.

Peter Brierley has been the Lausanne Senior Associate for Church Research for over 20 years. Dr Brierley undertakes research for churches and Christian organisations, publishing a contemporary analysis of trends, local and global, in the bi-monthly bulletin FutureFirst, as well as larger collections of data. He is a professional statistician, previous director of Christian Research, author of 14 books, and editor of volumes like Religious Trends and the UK Christian Handbook. 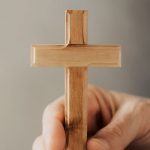